A page for possible improvements to the audio wizard.

I feel like an overwhelming majority of users will click "next" through the wizard until they're "allowed" to connect to something.
A large portion of personal experience with VoIP setups are typically in-game; eg, a new user needs to connect to VoIP as fast as possible.
This person is not interested in complicated configurations, typically has people wait on them, and wants it to get working ASAP.

Some of these changes may seem a little silly or strange; I am proposing them in the hopes of making it more human.
Try to consider the changes as a whole rather than individually, and they'll probably make more sense.
I feel that if the setup is more like a conversation, people will tend to actually care about it and use it correctly. For example, Skype does an excellent job at this.

The high-level goal of this review would be to change the audio wizard from less of a "next" clicking spree to more of a conversation. I'll go into this per slide. 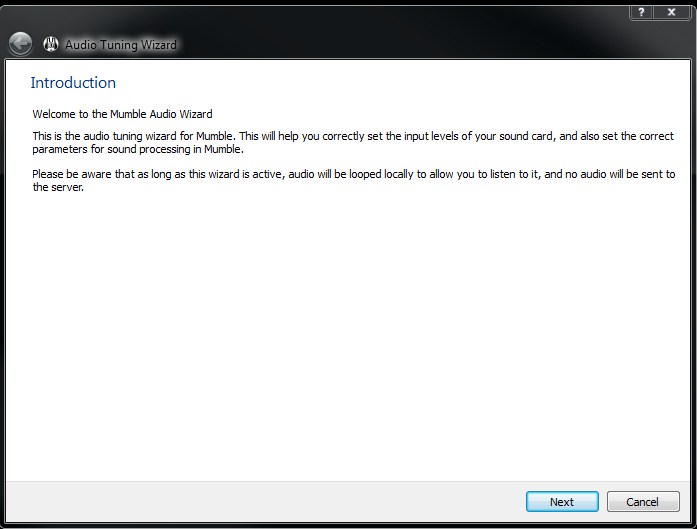 Nothing really to comment here, but I would aid to make this more personal and less technical. "Hello, welcome to Mumble! Let's get started."

The next button, like all others to come, should be removed, and replaced with an different phrase that makes sense in context. Essentially, anything but "next."

First off, the audio loopback is, in my opinion, a poor decision and should be removed.
Using speakers as output is very common, and blaring feedback to the user within seconds of installing is not a great way to introduce mumble.

Selecting input and output on the same page isn't a good idea. Let's break this page up.
Selection of audio output should happen first, with a multi-stage selection process (pick a device -> test it) rather than all-in-one.
This is a good example of how I would want one decision to be made per page, instead of several at once. 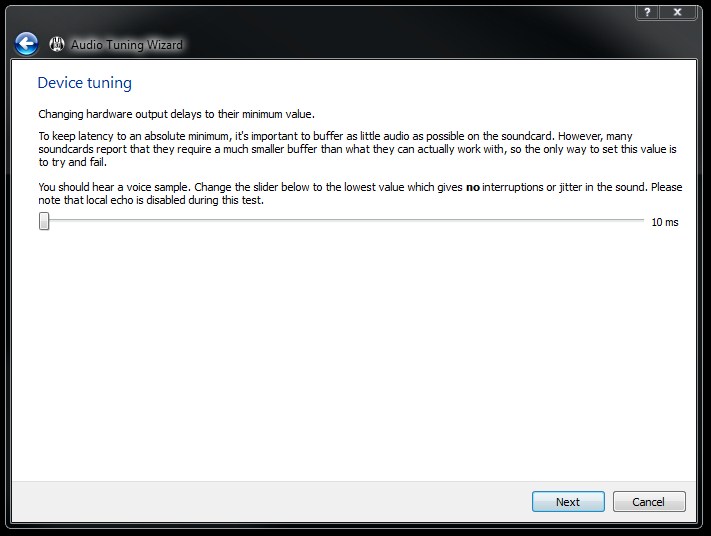 My immediate question (lacking knowledge of the technical guts of mumble) is: why is this needed?
Ventrilo, Teamspeak, and Skype all manage without it.
I understand the idea here would probably be to bring latency to an absolute minimum, but is there no way to test for this internally?
For example, would it be possible to pump that sample audio through the card and record the result?

If it is reasonably necessary, keep the page but change it to be more conversation-oriented:

Same problem with loopback as before, that should be removed.

I think the way Skype handles this is far superior; specifically, the question-answer flow.
With Skype, you can call an automated voice who asks you to say something. Afterwards, it is played back to you.
Again, bringing it to more of a conversational tone would benefit the user experience.

Other thought: give the user feedback compared to how we expect people to sound.
That is, play a sound clip at the expected volume of an average Mumble user, then their recorded clip.
A common problem is not understanding how you sound to others - this could alleviate that. 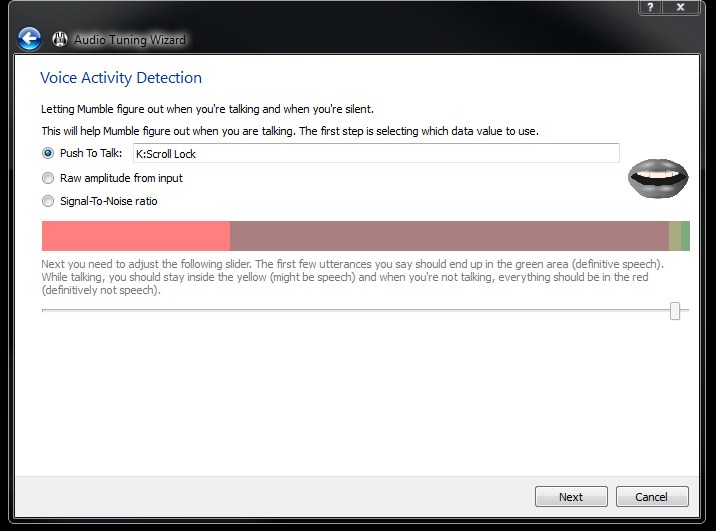 This is better, but I would still like to split it up.
It also doesn't take into account people who don't want to transmit at all. 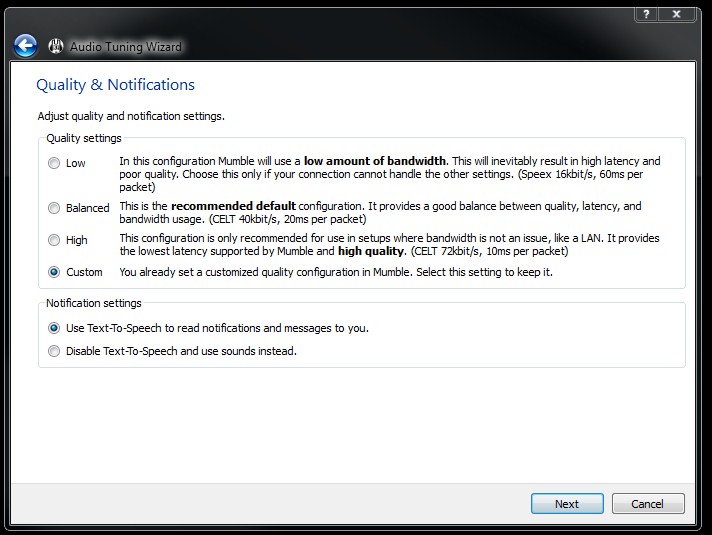 I like the highlighted "recommended default" option, but this has far too many words/terms/options on it to be useful.
To understand what this page is telling you, you have to understand or ignore:

This all makes sense to me, but is far too complicated for an average user.
Firstly, separate out the sound quality from the text to speech.
Then, simplify this down to low/medium/high with human descriptions. 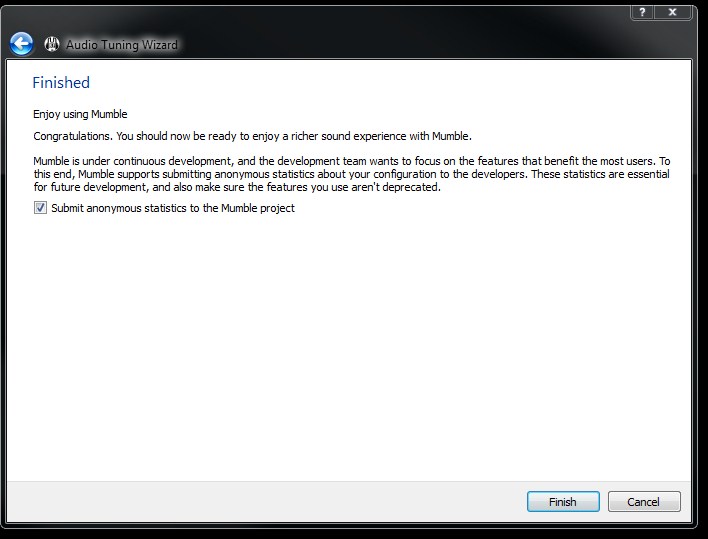 Not as much to say here, but a shorter explanation of the reasoning would be nice.
The checkbox should also change to a yes/no set of buttons.
This will hopefully be clearer when I put up my proposed changes.

This network wizard from Windows 7 is an example of how I'd like to change the "next" operation in mumble wizards. Notice how instead of an obvious "next" button for a confused or irritated user to click, it creates a simple, intuitive conversation with the user. A clearly stated purpose ("select a location") with clear options, each with a useful icon that makes the choices obvious to the non-technical.

This will be coming soon within the next few days.